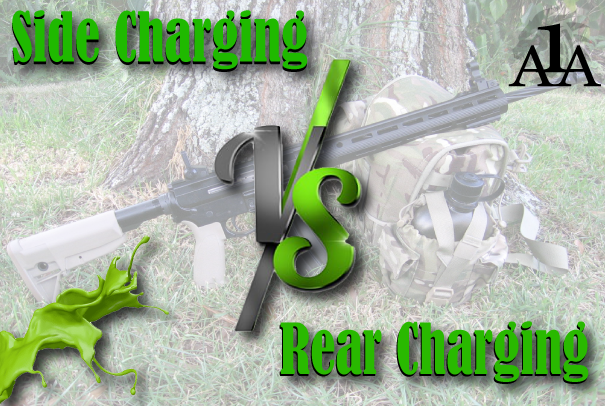 The AR-15 has undeniably earned its place as the most popular sporting rifle in America, largely thanks to its reliable performance and ease of use, high degree of customization, and accessibility. In recent years, manufacturers have pushed the limits of innovation for the platform, introducing an endless variety of new calibers, accessories, and design elements.

One of the most successful of those innovations is the side-charging upper receiver, which seeks to address some of the downsides of the traditional rear-charging t-handle. We’re going to dive into some of the most common questions about side-chargers, and explore some of the biggest benefits that they have to offer.

What is a Side-Charging AR Upper?

If you’ve spent any time around firearms, chances are that you’re familiar with the basic rear-charging function of the traditional AR platform – the charging handle is located at the rear of the receiver, and pulling back on it retracts the bolt and cycles the rifle. 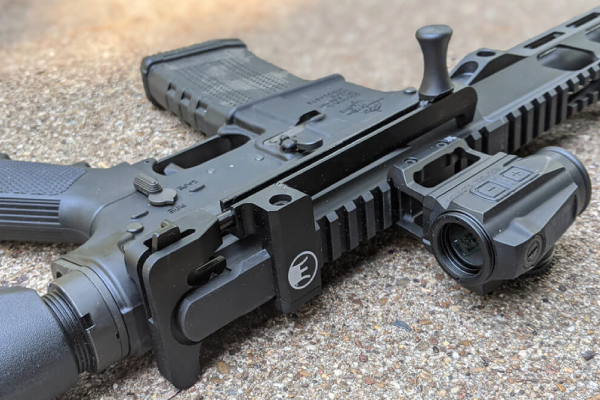 A side-charging AR upper operates in much the same way, except – you guessed it – the side charging bolt handle is located on the side of the receiver, similar to a SCAR or AK-47. This is accomplished with a specially machined bolt carrier group and a groove cut into the upper receiver to accommodate the charging handle, as well as the inclusion of a rear receiver plug that prevents gas from escaping the rear of the receiver and being vented into the shooter’s face.

Why Use a Side-Charging Upper?

So why bother with a side-charging upper in the first place? There are actually a number of reasons why a shooter might prefer this configuration, whether they are interested in casual plinking, hunting, or competitive shooting.

First, there are the obvious ergonomic benefits. Unlike a traditional AR, a side-charging upper allows the shooter to charge the rifle without breaking their cheek weld or firing grip (especially if shooting from a benchrest or the prone position), which means never needing to take your eyes off the target or your finger off the trigger. It’s also easier to charge the rifle with one hand, which is worth considering if you are building a rifle with home defense or duty use in mind – there is always the possibility that one of your hands may be occupied or injured in an emergency situation.

Similarly, it is both faster and easier to clear a jam or manually cycle the rifle in the case of a gas system failure when using side-charging upper, and many shooters find the larger handle easier to manipulate than a traditional AR charging handle. 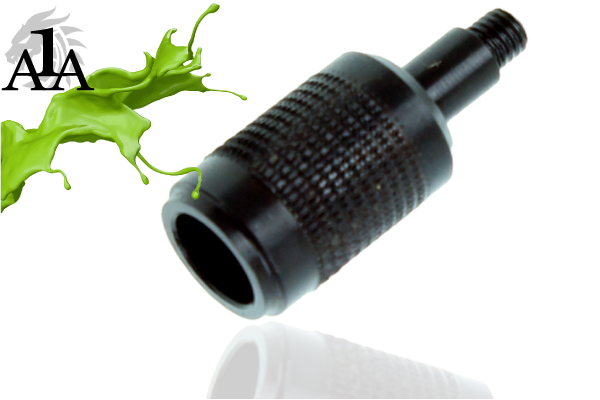 If you tend to mount larger, high-powered optics on your rifles, a side-charging upper offers another significant benefit – there is no risk of the optic getting in the way of the charging handle. This is especially true when it comes to an AR-10 or an AR-15 set up for varmint hunting or precision shooting, where a rear-charging handle may be partially obscured by the optic or limit how far up the stock you are able to install an adjustable cheek riser before it interferes with charging handle clearance.

Finally, if you plan on shooting suppressed, a side-charging upper is much more pleasant since it all but completely eliminates gas being blown back into the shooter’s face through the rear charging handle channel. If you’ve ever shot an AR-15 with a can on it – especially in an SBR configuration – you probably know how annoying that can be. While there are ways to tackle that issue (an adjustable gas block being the most popular), a side-charging upper offers the simplest and most direct solution.

While there are plenty of benefits to using a side-charging upper, it’s worth mentioning a few reasons why someone might still prefer a rear-charging AR.

The biggest reason is simply a matter of muscle memory – for shooters that have trained and drilled for years on a rear-charging setup, making the switch to a side-charger can feel awkward and unnatural until they’ve spent some time with it. That’s less of an issue for people who are familiar with other side-charging firearms, but it is an important factor to consider if you plan on using your rifle for home defense.

And because a side-charging bolt handle is not truly ambidextrous, some shooters who incorporate off-hand shooting drills into their training or who want to have a rifle that anyone can pick up and shoot comfortably may prefer a rear-charging upper with an ambi-lever installed.

Finally, some shooters worry that the design of a side-charging upper creates more opportunities for dust or grit to work its way into the chamber and cause problems. While that may be a minor risk in extremely adverse shooting conditions, gone are the days of extremely unforgiving Vietnam-era operating tolerances – the modern AR platform is much more reliable than it often gets credit for. The use of a side-charging upper does require the user to remove the bolt handle before removing the bolt carrier group for cleaning, but that’s a small inconvenience that doesn’t affect the overall reliability of the rifle.

Though the side-charging AR design was largely popularized by competition shooters who wanted a more ergonomic solution to using large optics and cheek risers on their ARs, those same benefits have made side-chargers increasingly popular with casual shooters and hunters as well.

The ability to operate a rifle without breaking firing position or taking eyes of the target is a major benefit, especially for those who frequently find themselves shooting prone, from a benchrest, or with a sling, and being able to more quickly clear a jam or deal with a gas system malfunction has obvious implications for defensive use.

While some shooters may have thought side-charging AR uppers were a gimmick when they first arrived on the scene, it’s a design that has proven itself over the years, and one that is very much worth considering when building a new AR or upgrading an old one.